Welcome to our School 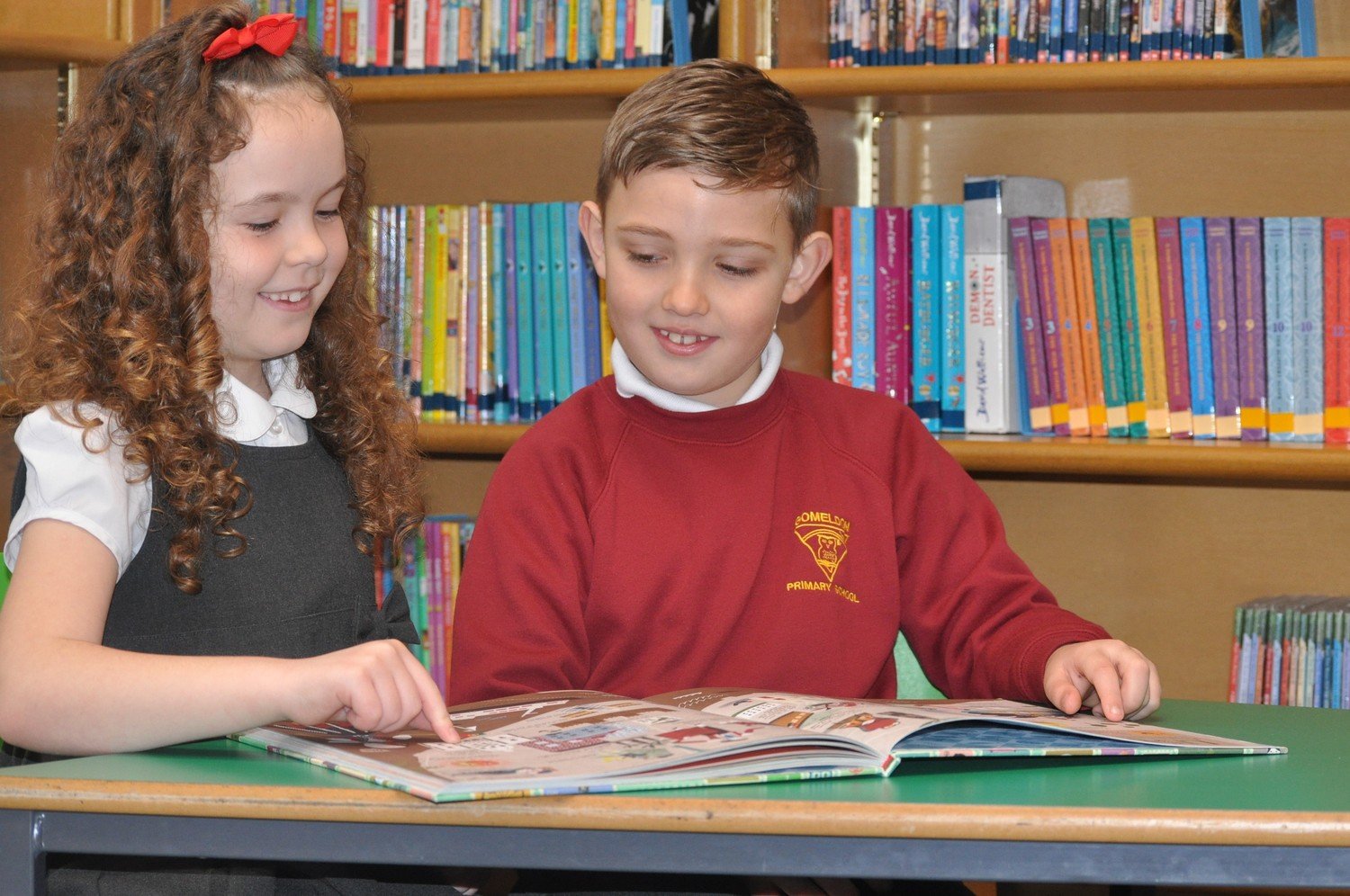 This school was planned from 1911 and a group, which later became the school managers, was set up. The site was bought for £100 an acre and the school built in 1912. There seems to have been one classroom and an infants' room originally. Standards 1, 2 and 3, were housed in the classroom and 20 dual desks were purchased for them. Twelve desks were bought for the infants along with two low tables and eight small chairs with arms. The expected average attendance was 40 and the staff were a headmistress and an assistant mistress. Miss B. Powell of Sedgehill was appointed headmistress on a salary of £75 a year, rising in annual increments of £5 to £95. The school opened on 21st January 1913 and the first few months were overshadowed by a dispute over whether this should be a junior (to age 11) school, or an elementary (all age) school. There was agreement over the name, Gomeldon Council School.

From the beginning the children were served cocoa at school and additional crockery had to be bought for this. To cater for an expanding population after Porton Camp was built additional classrooms have been added. A second was built after the Second World War and this was followed by one in a Pratten Hut and a mobile classroom. The school was modernised in 1972, at the same time that the Idmiston school was built. Around 1993 the school kitchen was converted to make a larger office and the office became a more practiacl sized kitchen. In 1994 a modern toilet block was built. By 1997 there were 109 pupils in four classes came from the parish of Idmiston and areas around Amesbury and Salisbury. Pupils are involved locally with festivals and concerts and by 2013 there were 142 at the school.

We use necessary cookies to make our site work. We'd also like to set optional analytics cookies to help us improve it. We won't set optional cookies unless you enable them. Using this tool will set a cookie on your device to remember your preferences.

Necessary cookies enable core functionality such as security, network management, and accessibility. You may disable these by changing your browser settings, but this may affect how the website functions.